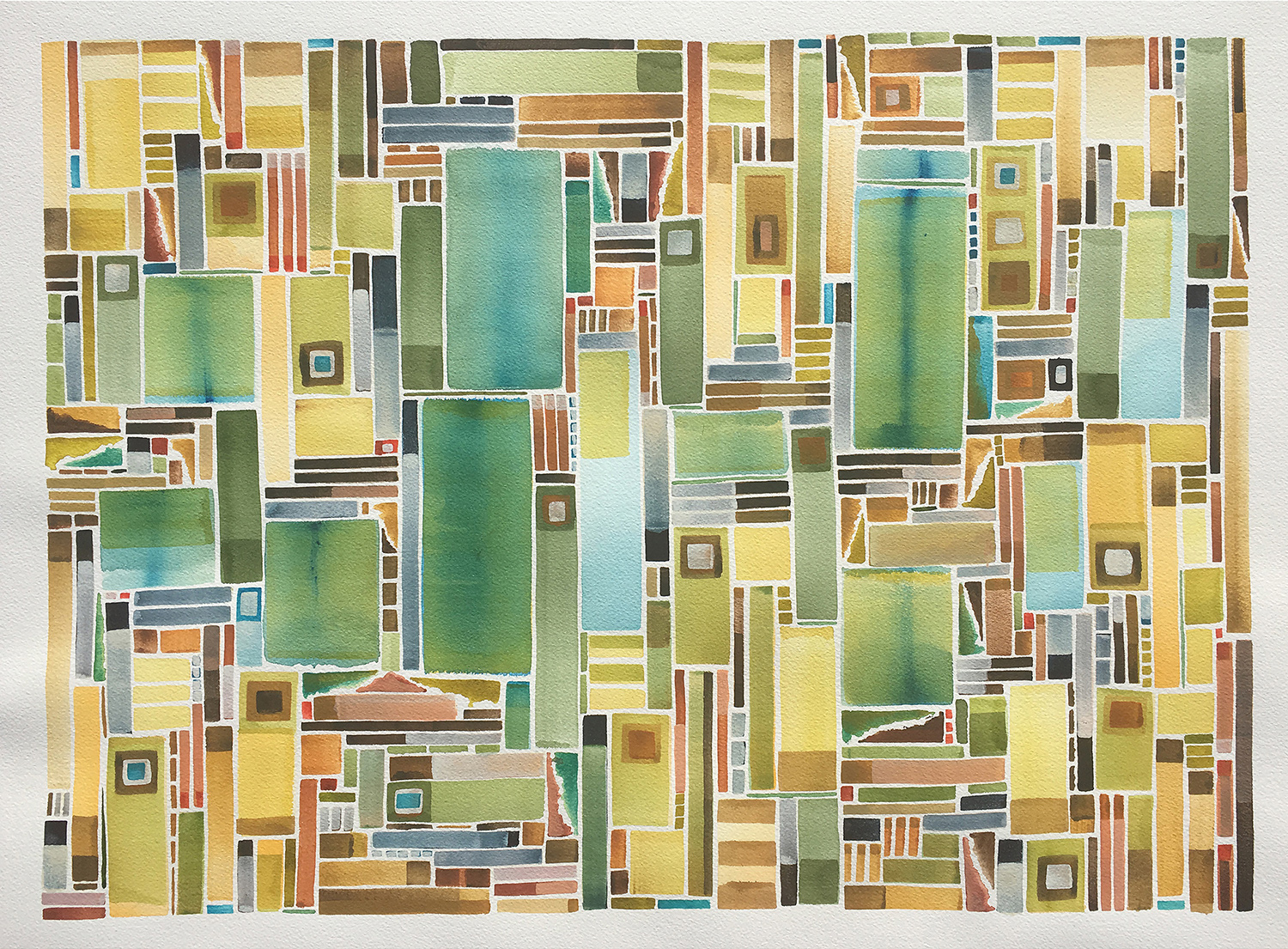 Todd Lowery’s paintings exist somewhere between cartography and landscape. They are records of his experiences of site and place. These experiences are the result of active and conscious engagement with his surroundings; employing a concept espoused by philosopher and theorist Guy Debord called Deríve or Psychogeography (the exploration of locations by walking, in order to understand the effect of a geographical location on the emotions and behavior of individuals).
Stratografia and Isolario (2013-2018)

The abstract paintings of the Stratografia (oil on canvas, acrylic on paper) and Isolario (watercolor) series interpret layers of natural and human-built structures from the Mediterranean topos. They are layered, hand-made geometries that recall archeological presence, architectural form, spatial relationships, plans and façades, landscapes and paths, journeys and destinations.

The Stratografia paintings engage mainly high-density urban fabrics of metropolitan areas such as those of Athens and Nicosia, or within other environments of comparable interlocking solidity. Landscape and settlement strata, architecture and light, paint, graffiti and surface – are all structures of interplay. The construction of these paintings is such that structures, transparencies, opacities, and textures can both conceal and reveal previous layers in the paintings’ making. This allows a parallel to the histories of the sites, where past and present exist simultaneously; from clearly and visually available to quite
subtle textural instances of whispered palimpsests.

In the Isolario watercolors, the same concepts are at play with experiences of lowerdensity construction in rural sites addressed. These abstract works give a strong nod towards cartography and even more strongly towards traditional landscape painting. Light, time of day, temperature, weather, and other subtle qualities take on even greater role and prominence in the pieces that map the experiential site of less-inhabited places.

The paintings in both series operate with an inherent tension between the ideal, the experienced, and the remembered, finding a deeply human condition that exists in the interstice. You are here.

Short Bio:
Todd Lowery is an American Painter and Professor of Fine Arts. He works in a variety of media, primarily
with oils and watercolours, but also acrylic and charcoal. His current bodies of work, the oil painting series Stratografia and the watercolour series Isolario, have been exhibited throughout Europe and North America, with recent solo exhibitions in Canada, Germany, Greece, Sweden and the US. The most recent group
exhibition that featured Todd’s work was Artists in Athens, City of Crisis, shown in July 2017 at the Rosa
Luxembourg Foundation in Berlin, and in October 2017 at the Michael Cacoyannis Foundation in Athens.

Todd holds a Bachelor of Fine Arts from Missouri State University, and a Master of Fine Arts from the
School of Visual Arts in New York City, where he lived and studied. He is Professor of Fine Arts at Drury
University in Springfield, Missouri. Todd has served as Chair of Drury’s Department of Art and Art History
and has led and taught short-term art programs out of Florence and throughout Italy and Greece. Since
2007 he has been dividing his time between Cyprus, Greece, Italy and the US. 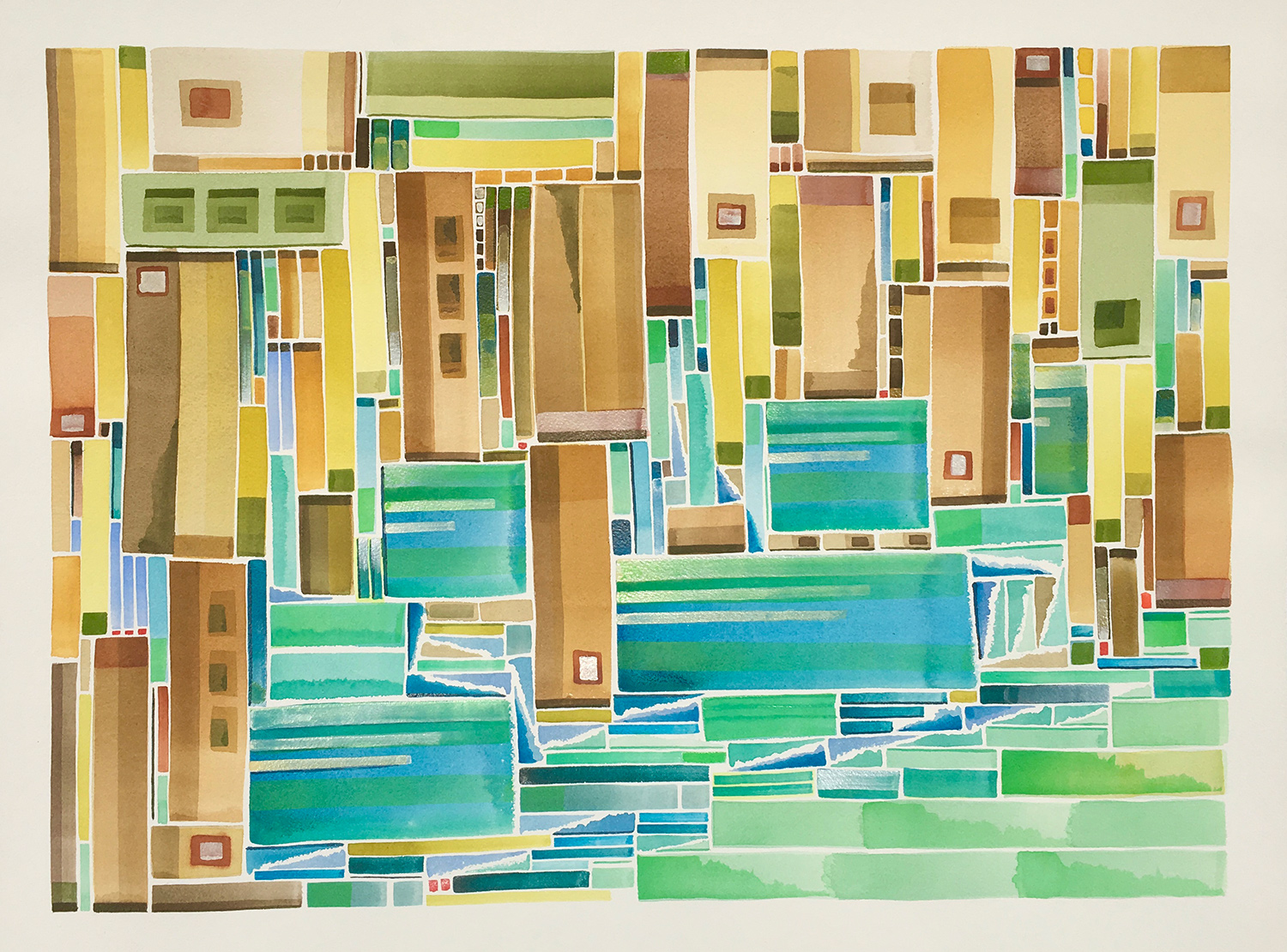